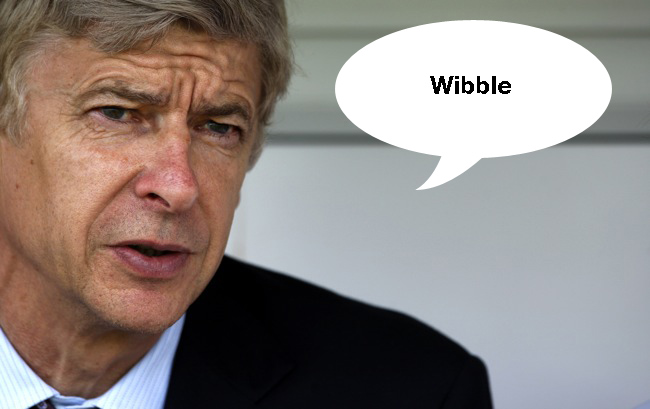 Arsene Wenger is talking “nonsense” on the issue of overphysical play, according to Wolves chief executive Jez Moxey.

“It is an absolute nonsense. Well, I hope he hears this: ‘keep your mouth shut’,” Moxey told the BBC.

“[Jack] Wilshere and your [Wenger’s] other players are going to make similar challenges.”

Moxey, whose club have been criticised this season for having their tough tackling (unfairly in my view), added: “I had a big, wry smile listening to Arsene Wenger trying to defend Jack Wilshere for the challenge [on Birmingham striker Nikola Zigic].

“All he said was exactly the same as every other manager has and yet he is one of the managers who goes on the front foot, moaning and complaining and bitching about it because it is unfair on his team.”

Xenophobia masquerading as genuine football debate, or is Wenger a big fat hypocrite?