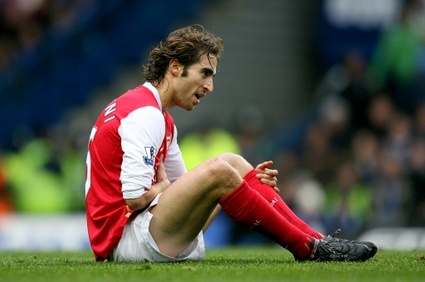 France coach Raymond Domenech obviously disagrees with the judgment of Arsenal boss Arsene Wenger. Mathieu Flamini, much coveted by Wenger, has been left out of France’s 23-man squad for Euro 2008, whereas Lassana Diarra, let go by Wenger, has been included.
So, a Portsmouth player is included at the expense of an AC Milan player – that is a turn-up. I rate Diarra highly, and wonder why Wenger let him go in the first place (apart from the fact that he was constantly moaning about not playing first-team football, but that’s no reason to sell a hugely talented player), but is he a better bet than Flamini?

Whatever the mertits of both players, Flamini has had zero luck since signing for Milan. First, the Italians fail to qualify for the Champions League, now he has to spend the summer sitting on his hands, watching Euro 2008 on the telly, and trying to get excited about the 2008/09 Uefa Cup. 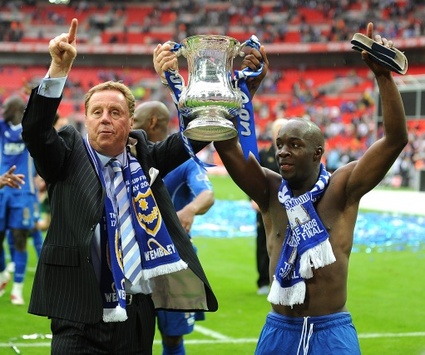 Diarra, by contrast, has flourished. He won the FA Cup with his club, and now he’s off to Austria & Switzerland with his country. Flamini must be gutted – maybe he started to believe his own hype.
Who would you take?