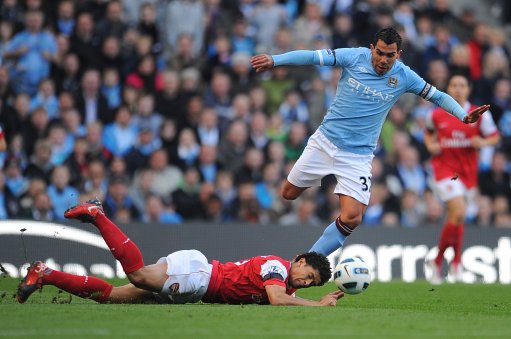 Exhibit A: Attempted head-first sliding tackle. NOT the work of a brilliant mind.

Drink in these quotes from Arsenal non-entity Denilson, drink them deep, then savour them like a beautiful milkshake:

“I think we can win the Carling Cup this season, and I want to win it this season because for five or six years we haven’t won any trophies, but now we are a little bit stronger than last season.

“If we focus on every single game we will win not only the Carling Cup, but also the FA Cup, the Champions League and the Premier League, which are all more important for us.”

Is he some kind of clairvoyant genius? Or, as I wholeheartedly expect, just a bit of a loose-tongued silly-head?