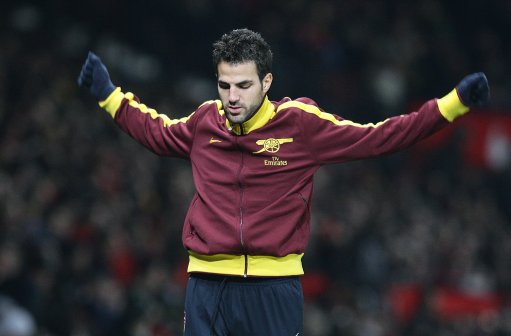 Arsenal captain Cesc Fabregas has admitted that it was his side’s repeated failure to ‘rise to the occassion’ that saw them lose out 1-0 to Manchester United last Monday:

“The difference on the night (against United) was that we were scared of losing but they were not scared of winning.

“That was the big difference that played in our heads. Sometimes we seem scared of losing these big games. We don’t really go for it and we’re tempted to drop back and see what the opposition will do.

“We look to see if we are capable of beating them by what they are doing and how good they are on the day instead of us going forward causing them problems and dominating the game ourselves.”

Fabregas also believes that his Arsenal cohorts are still some way behind their title rivals in terms of ‘psychological constitution’, with the Gunners too readily falling prey to ‘the fear’ to be realistically touted as title contenders just yet:

“[United] have a belief that comes from not losing at all this season. That gives you a lot of help mentally. I am realising more and more that football is about confidence and mentality.

“Sometimes you do the right thing, but if people tell you it is not right, you start believing it, even though you were right at first.”

Not exactly stirring words from the captain. That said, the first step is always admitting you’ve got a problem…