With the startling news in the wake of defeat Fulham that Arsene Wenger doesn’t like excuses, we look at six of his best rational explanations 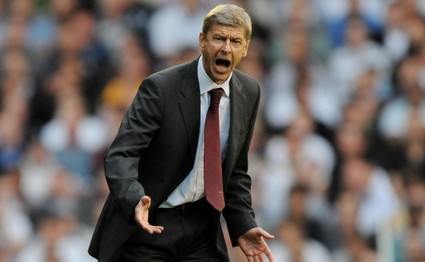 1.”I did not see it.”
2. “I personally put our bad start to the season down to the new stadium. We dropped some points that any team will drop when they move to a new stadium. It is linked with the unfamiliarity, as well as the fact that a team that comes to the stadium has no bad memories.”
3. “I was very annoyed about the constant announcements. I think he has to respect people and not talk too much. We are not on the radio here. There are people who want to watch a football game without a debate going on… It’s really disturbing. I don’t know if it puts the players off but for people watching it’s disturbing… You wonder why there’s one guy reading a book up there on his own and nobody is interested in what he says.”

4. “We drew at Wigan on Sunday and I was asked about the state of the pitch after the game. Of course I would have preferred a better pitch because, frankly, it was a disaster. The excuse is that Wigan have a rugby team who play on the pitch but having a surface like that is disrespectful for the fans who come and pay money to see the game.”
5. “They will be better in two or three more years because they will be even more experienced – and they will still be very young then.”
6. “When you have to play Champions League qualifiers so early, you push players and they get injuries, which is what has happened.”