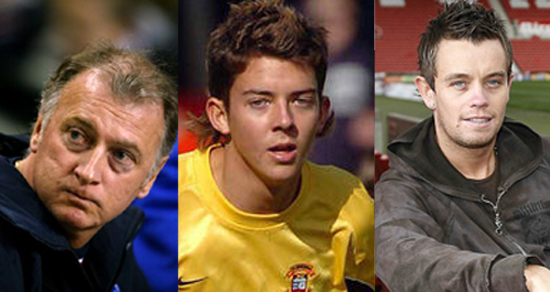 Trev, James and Lee: A story of fatherly love, riches and intrigue. And burglary.

That’s a headline you thought you’d never see, eh! Well, according to a number of newspapers, the 24-year-old James Francis is indeed in big trouble after allegedly breaking in to former Aston Villa schemer Lee Hendrie’s £1.7million house.

Hendrie, who never quite made the most of his talent in my (not so) humble opinion, is currently a team-mate of Francis at Conference side Kidderminster Harriers. However, in an act which won’t have done much for team spirit at the club, Francis reportedly broke into Hendrie’s Warwichsire mansion. For what reason, we do not know.

Francis Junior is the son of Britain’s first £1million footballer, Trevor Francis, a European Cup winner with Nottingham Forest and a superb striker who also plied his trade in Serie A with Sampdoria and Atalanta, before eventually managing QPR and Crystal Palace amongst others. Trevor now works as a slightly annoying TV pundit.

(James) Francis was arrested by West Midlands police and is due back in court on January 11.