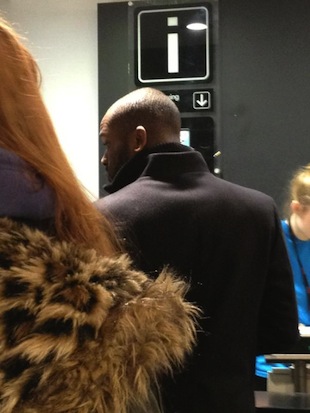 Darren Bent has apologised to Villa fans after a photo of him out Christmas shopping in Cambridge was circulated around Twitter while his teammates were busy losing to Liverpool yesterday.

It’s worth mentioning that Bent had been ruled out of the match after suffering a thigh injury in the week but, after undergoing two hours of physio on Sunday morning at Villa’s Bodymoor Heath training complex, he was under club doctor’s instructions to go home and watch the match on television – which he did, until he got bored in the second half and popped out for some bits.

After a fair few Villa fans voiced their distress at seeing their ‘mercenary’ star striker hobbling around a shopping centre rather than sitting on the settee at home with his hands down his trousers, Bent apologised via Twitter this morning:

“Nothing is more important to me than playing football, sadly injury meant I wasn’t able to do that today. Gutted not to be involved.

“I hope to be back very soon. Watched the majority of he game on tv. Never knew popping out would cause an issue and for that I apologise.”

Anyone out there think it’s an issue?