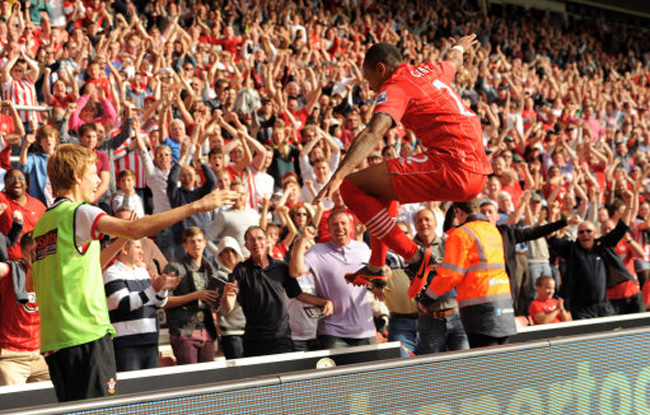 Pointless after a thoroughly difficult start to their Premier League campaign, Southampton finally got some points on the board on Saturday, courtesy of a well deserved 4-1 mauling of Aston Villa.

Despite having the upper hand for most of the first half, however, it was the Saints who found themselves a goall down on 36 minutes, after some slack defending allowed Darren Bent to poke home.

It was a different story after the break for Nigel Adkins men, however. A brace from Rickie Lambert, on 51 and 90 minutes (with the latter coming from the penalty spot), a goal from defender Nathaniel Clyne and an own-goal from Ciaran Clark after good work from Jason Puncheon, sealed an impressive home victory.

So while Adkins and co. celebrate their victory, Paul Lambert and Villa will no doubt be contemplating what could be a long, hard campaign ahead.