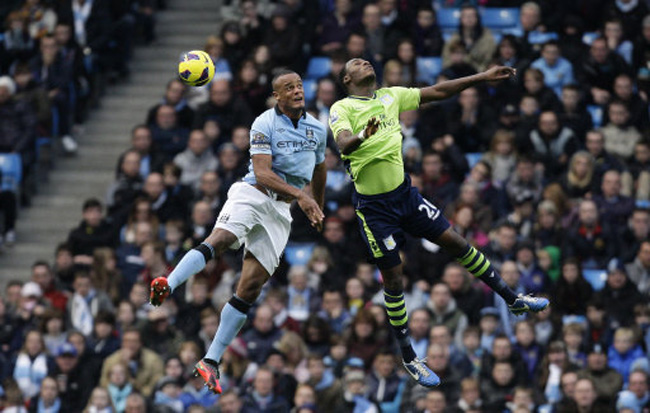 A brace from both Carloz Tevez and fellow countryman Sergio Aguero helped Man City to a five-goal romp against Aston Villa at the Etihad on Saturday, a result that sees the Citizens go top of the table.

Despite dominating the first half, it took until the 43rd minutes for City to finally make the breakthrough, when David Silva netted from close-range.

After the break, Tevez and Aguero bagged their braces, with each player netting one from the penalty spot. Aguero’s first and City’s second, netted on 54 minutes, came after a particularly controversial decision by lino Adrian Holmes, who flagged for a non-existent handball by Andreas Weimann.

Still, overall City were good for the win and with Man Utd losing at Norwich, Roberto Mancini’s men find themselves a point clear at the top. Paul Lambert and Villa, on the other hand, drop into the bottom three.