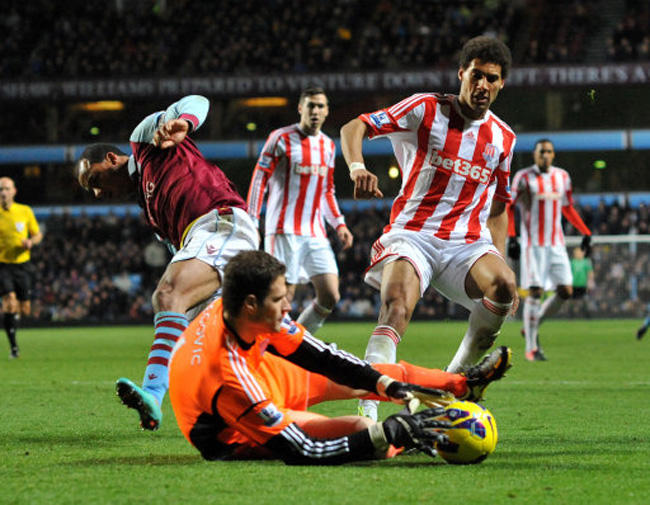 Ryan Shotton’s sending-off, for a second yellow, was probably the most exciting incident in this rather poor game at Villa Park, although those attending were probably bracing themselves for another uninspiring game.

To be fair to Villa, they did dominate for most of the game, with Christian Benteke failing to make the most of a number of decent chances. Darren Bent, once again benched, did make a second-half appearance but failed to make much of an impact.

As for the Potters, they hardly threatened Brad Guzan’s goal all game although Tony Pulis will no doubt be pleased with the away point and the clean sheet.