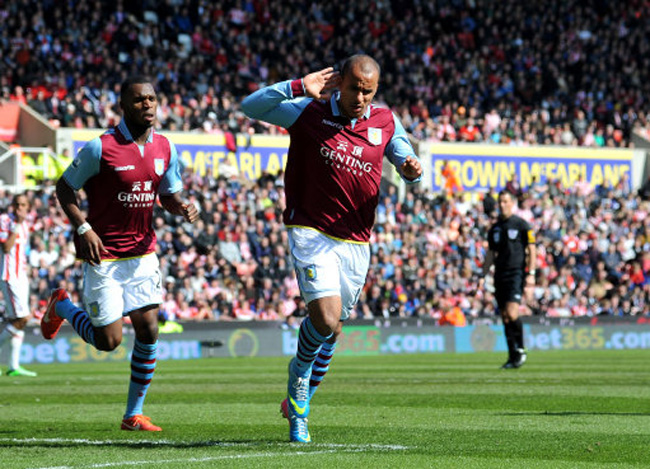 Paul Lambert’s young Aston Villa side registered a vital and deserved victory at the Britannia Stadium on Saturday, a result which saw them, at least temporarily, move out of the bottom four.

Gabriel Agbonlahor opened the scoring from close-range on nine minutes as the visitors dominated for large periods of the clash. However, it was the last 10 minutes which provided the real drama.

After struggling to get a hold on the game, the Potters finally hit back on 80 minutes, when sub Michael Kightly fired home after good work from Jonathan Walters and Charlie Adam. However, the Villans took the lead again with just three minutes of normal time left to play, courtesy of a magnificent strike from Matt Lowton. Christian Benteke then sealed the deal at the death to give the Birmingham side a precious victory.

While Villa move out of the bottom four, Tony Pulis’ Stoke are now just a point ahead of the Villans and just four points above the drop-zone themselves.