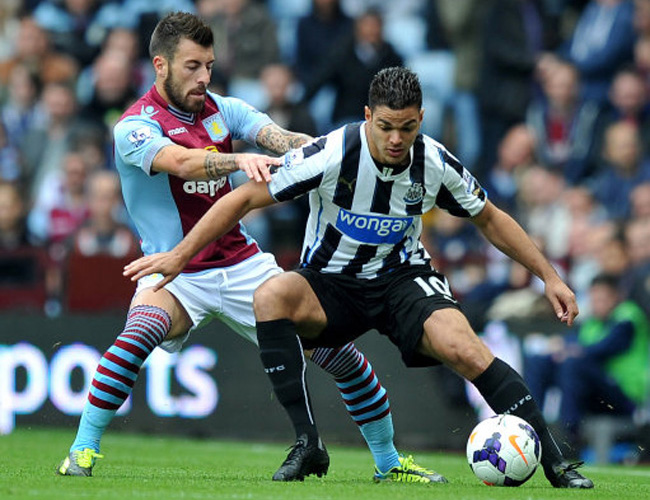 On his day, Hatem Ben Arfa is one of the brightest lights in Premier League football, and on Saturday against Aston Villa, it was indeed his day once again.

The French winger scored one and then set up another, when his shot was parried into the path of Yoan Gouffran who duly netted, in a match-winning performance for Alain Du Pardew’s French Magpies.

Ben Arfa’s opener, scored on 18 minutes, was eventually cancelled out by Christian Benteke midway through the second half, as the home side dragged themselves back into game. But soon after the Villans had made it 1-1, Ben Arfa fired in a long-range effort which Brad Guzan failed to adequately deal with, leaving Gouffran to fire home.