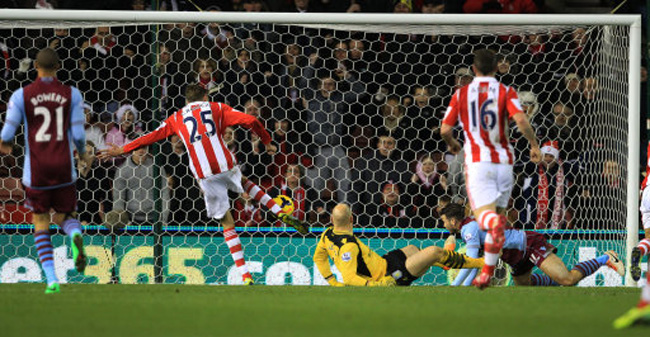 Stoke once again proved difficult to beat at a windy Britannia Stadium on Saturday with the Potters battling to a hard-fought 2-1 win. All the goals came in the second-half, with sub Charlie Adam finishing well after a knock-down from Peter Crouch before Libor Kozak levelled the scores after an error from Erik Pieters. However, on 70 minutes, former Villan Crouch netted the winner after Brad Guzan failed to stop a Geoff Cameron centre, leaving the former England man to fire home.