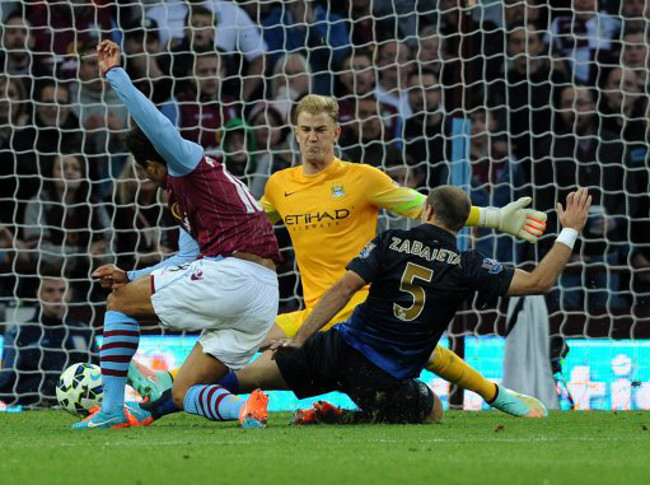 Aston Villa’s superb disciplined defensive display kept champions Manchester City at bay for all but the final eight minutes of this late game on Saturday at Villa Park.

Paul Lambert’s side were solid and hard-working, leaving the Citizens struggling to break them down for most of the game. Villa rarely threatened the City goal themselves in the first-half but after the break, the game opened up with both sides creating chances to score.

Then, with City heading for another two points dropped, Yaya Touré silenced his critics with a superb curling effort which left Brad Guzan with no chance in the Villa goal. Sergio Aguero then popped up to make it 2-0 and seal the deal for Manuel Pellegrini’s side, leaving Lambert and co. with nothing to show for their valiant display.

City go second while Villa find themselves in seventh spot.