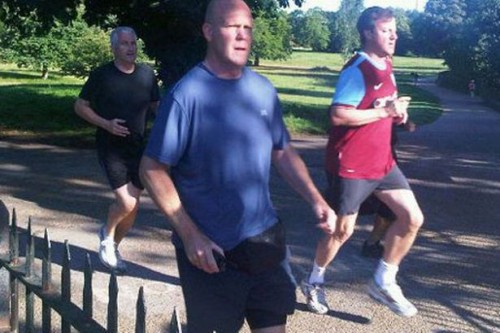 Prime Minister David Cameron has long been purported to be among Aston Villa’s legions of aristocratic “celebrity” fans, being as he is the nephew of former Villa chairman Sir William Dugdale (of course he is!) and all.

Indeed, Cameron was once quoted as saying: “The first game I ever went to (as a 13-year-old) was an Aston Villa game and so I am an Aston Villa fan.”

However, speaking at a Tory conference in Croydon, the Prime Minister seemed to forget which club he has supported all his life, waffling thus:

“We are a shining example of a country where multiple identities work.

“Where you can support Man Utd, the Windies and Team GB all at the same time.

“Of course, I’d rather you supported West Ham.”

Asked to clarify to his football allegiances after his bumble, Cameron said he had experienced “brain fade”.

“I had what Natalie Bennett described as a brain fade,” he replied.

“I’m a Villa fan … I must have been overcome by something … this morning.

“But there we are, these things sometimes happen when you are on the stump.”

David ‘Man of the People’ Cameron there, just temporarily forgetting which football team he supports…as you do from time to time.

Ugh, just give it up Dave. You’re not fooling anybody.

We all know you’d prefer to be pushing for four with the spin on a dusty pitch with two pounds six of willow wood in the sun, you plummy git.