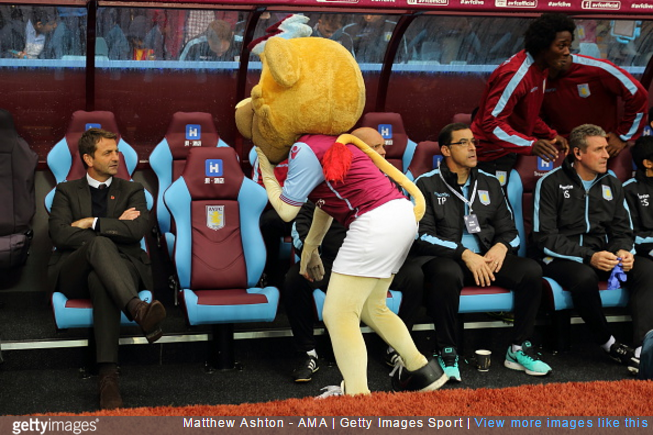 In an exclusive interview with Sam Wallace in the Telegraph this morning, former Aston Villa manager (and card-carrying member of the Proper Football Man™ Alliance) Tim Sherwood has railed against the whims and fads that have come to pollute the modern game.

Coming as a surprise to absolutely nobody, Sherwood has revealed that he simply cannot stand modern football’s blind reliance on statistics and data, as the beautiful game’s earthen roots continue to be eroded by an army of pencil-necked geeks with sport science degrees.

Chatting about the emergence of former non-league talents Dele Alli and Jamie Vardy, Sherwood was asked why Premier League clubs are seemingly unwilling to dredge the lower reaches of the football pyramid for talent these days, to which he replied:

Because clubs are not sending scouts out as much to these lower leagues. Years ago they found Ian Wright, Les Ferdinand and Stuart Pearce in non-league.

A lot of clubs are just not looking because it is not sexy to sign a player from the lower leagues or non-league.

They also recognise that if you have a lot of academy kids coming through or from lower league it opens up the purse strings and you can spend the budget on the one or two outstanding make-the-difference players.

You are always better off going for quality rather than quantity.

After briefly mentioning Villa’s ongoing struggle against relegation, Sherwood was quick to wade back into the thorny issue of modern day scouting.

Spoiler alert: He’s not a fan:

They are out there trailing around parks watching kids’ football. The new guys don’t want to go Fleetwood Town. They might not even get a cup of tea.

When they go to Manchester United or the top leagues in Europe they get looked after. They get the blankets over their knees, and a nice cappuccino.

There are far too few of the scouts. All that data analysis can be used for something but it can’t be used to pick your players.

Some of the data is not about goals, or assists, it’s about ‘expected goals’ when a player got himself in position to score, but didn’t. What a load of nonsense.

Trust your eyes. You can’t get a feel for them on the screen. Any player can be made to look good on a showreel. It’s far sexier to go to the top European leagues and find these players. It’s easier to sell it to your fans.

Are they any more effective than a League One player? One thing a talented young League One player has got going for them is that they are mostly English, settled in the country, they haven’t got a language problem, they are not coming in on big money and they are hungry for success.

Some of these non-league kids are playing for the love of the game and 200 quid a week.

You have people getting into the ear of the clubs and telling them it’s a little bit more sophisticated, that there’s more science to it. They are baffling them with figures, statistics and pie charts!

These guys might do a good presentation, but where is the substance? Does it work? How many games have they actually been to? How long have they been in the game? Do they know what they are looking at?

Ah yes, the age-old schism between the Proper Football Man™-approved ‘When Saturday Comes’ approach and the new, more clinical methods.

We ask you, is a collaboration of the two approaches too fanciful to posit? Use performance data to create a statistical overview of a player’s strengths and weaknesses and then seal the deal with a gut instinct having watched him play a few times.

Why shouldn’t the two schools of thought co-exist in this day and age? It’s not rocket surgery, now is it.