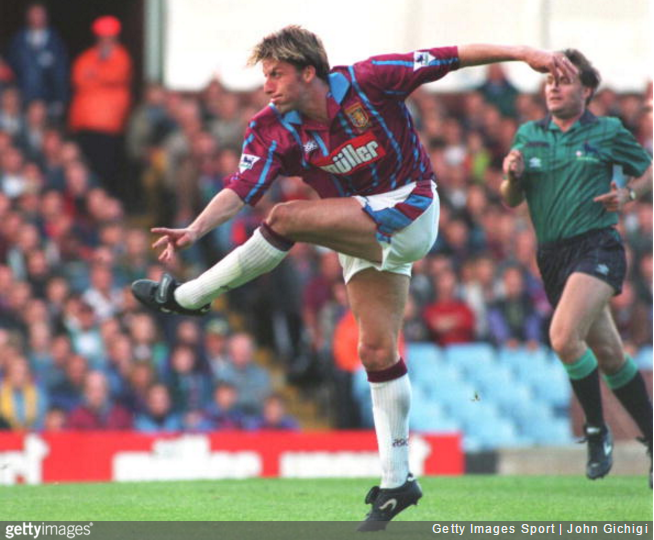 Just when you thought the straits couldn’t get any more dire for Aston Villa, it’s being mooted today that the Premier League stragglers might be about to give Andy Townsend a job.

According to The Sun, Villa’s new chairman Steve Hollis has contacted Townsend, who spent four years at Villa Park in the mid-1990s, about joining the “new-look team” he’s assembling behind the scenes in a ‘director of football’ capacity.

Hollis has already recruited former Villa manager Brian Little to his crack team as he seeks to create a special advisory panel of ex-Villa players and personnel who know the club inside-out.

Hollis wants Villa to have friendly faces in key posts in a bid to win back their unhappy fans.

He also considered Villa’s midfield legend Stiliyan Petrov for a role but that did not work out.

As per The Sun’s report, Townsend would be given a “meaningful job” by Hollis, with his duties apparently consisting of “advising the new manager and helping to find players”.

What a magical time to be an Aston Villa fan.