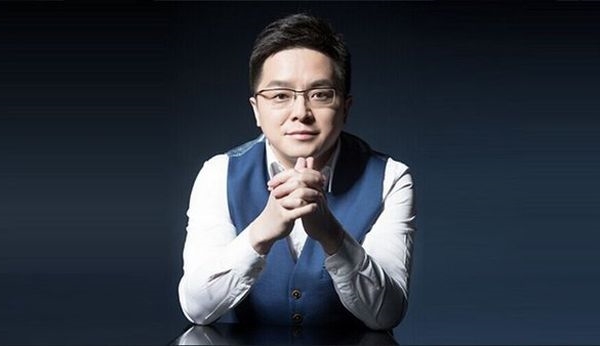 Aston Villa owner Dr Tony Jiantong Xia will be getting used to the strange world of English football after purchasing recently-relegated Aston Villa in June.

Not only does he face the monumental task of bringing a demoralised and self-destructive Villa back to life after a humiliating final season in the Premier League, but he also needs to learn that English football fans are a dab hand at making people’s lives difficult on Twitter.

The good Doctor was tricked into wishing happy birthday to an “Uncle Jimmy” – a picture of Jimmy Savile – and subsequently broadcast the well-meaning tweet to his 12,600 followers.

Chinese-born Xia, who has spent a lot of his time being educated and conducting business in the United States, seems to have been fortunate enough to have never heard of Savile.

Until this point, anyway… 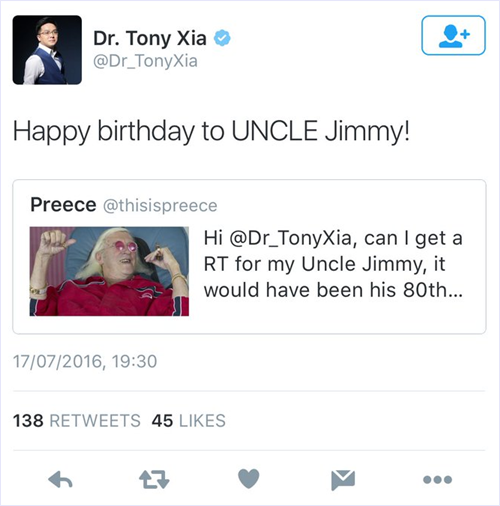 After quickly deleting the tweet, Dr Xia admonished the person who tricked him, writing “Really did not know that man, I thought he was a comedy actor. It was not joke and I don’t think it’s funny to make this”.

Dr Xia will be hoping this is the biggest problem he’ll face as he looks to plug gaps in the sinking ship that is HMS Aston Villa.

The club are no strangers to social media storms. Defender Joleon Lescott earned the ire of many a football supporter after tweeting a picture of his swish motor after a 0-6 drubbing by Liverpool back in February.

Deciding to grab the nearest shovel and dig as quickly as possible, Lescott claimed the picture was tweeted accidentally while his phone was in his pocket.