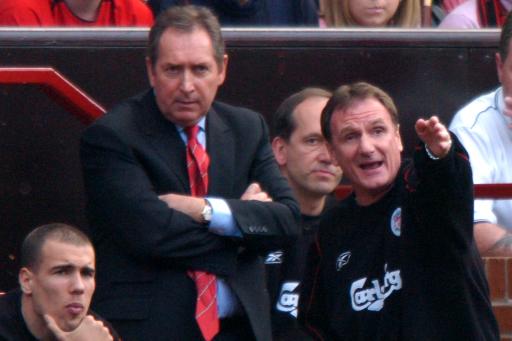 Aston Villa have decided to delay the appointment of Gerard Houllier as their new manager after the Frenchman threw a huge-nosed spanner in the works, or whatever, by revealing that he intends to install current Sky Sports News ‘pundit’ Phil Thompson as his assistant, or whatever.

‘Thommo’ served as Houllier’s gopher during his tenure at Liverpool, or whatever, but has since made the move into television, or whatever – providing a consummate line in monosyllabic, Anfield-centric drivel for Soccer Saturday on a regular basis, or whatever…

Talks have apparently stalled because Villa owner Randy Lerner is keen to reward current caretaker manager Kevin MacDonald with a prominent role in Houllier’s regime, but fears that the potential appointment of Thompson would undermine the popular Scot’s authority at the club by pushing him down the pecking order, or whatever.