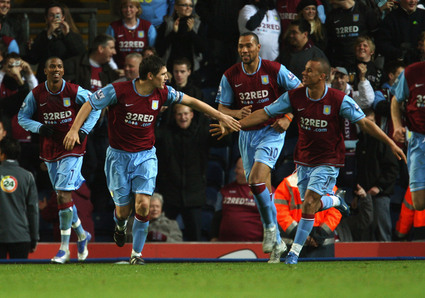 Blackburn Rovers 0-4 Aston Villa (Carew 29, Barry 53pen, Young 81, Harewood 89)
These days, Blackburn just don’t ship four goals at home. They’re so tough to beat under Mark Hughes and yet Villa hammered them; Blackburn’s cause wasn’t helped when skipper Ryan Nelson was sent off, rather unfairly, for tugging Gabriel Agbonlahor’s shirt, but even with 11 versus 11, I’m sure Villa would have won. Okay, three of Villa’s four goals were scored when Rovers were down to ten men, but there is a new steel to Martin O’Neill’s side. They look much more solid at the back too â€“ since the Croatia mess, Scott Carson has kept two straight clean sheets for Villa. Funny old game, football.
This was a result that I didn’t see coming at all, so much so that I’d say it’s the shock result of the Prem season so far.