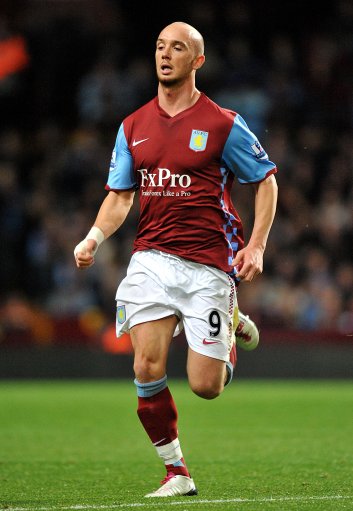 Aston Villa manager Gerard Houllier has warned midfielder Stephen Ireland that he will have to start proving his worth to the club after being overlooked for yesterday’s derby stalemate with Birmingham.

After the game, Houllier had stark words for the bench-bound Ireland:

Ireland has struggled for consistency since joining Villa from Man City over the summer, with Houllier preferring to deploy 21-year-old centre-back Ciaran Clark in central midfield against Brum whilst the skillful Irishman looked on from the bench.

In other Villa news, Houllier also confirmed that striker Gabriel Agbonlahor has stepped up his rehabilitation after undergoing groin surgery and may be ready to return to the first-team fold after next weekend’s game with Fulham – and, considering that his side haven’t scored in the last 344 minutes of Premier League football, that can only really be construed as a positive thing.