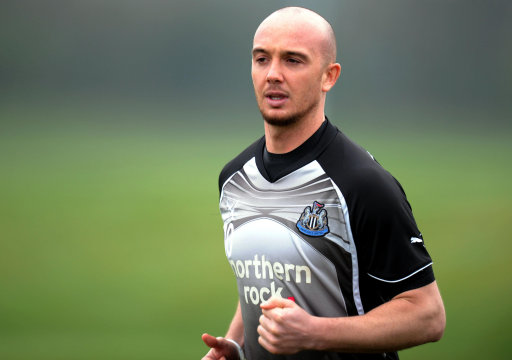 In an interview with French magazine So Foot, a vexed Stephen Ireland used the opportunity to vent his spleen about almost everyone and everything that has gotten his dander up during the last few months – including his former manager at Aston Villa, one Gerard Houllier:

“After 15 matches on the bench (at Villa), Houllier told me to stay at home. I trained during the week and on Fridays he told me, ‘no point you coming, you are not in the team’.

“Yet I was the best player in training. It was my team that won in every session. One of the few times he played me, we drew 0-0 at Chelsea and I ended up man of the match.

“Apparently that didn’t matter to him. I was stuck with being paid for doing nothing at all. I was left to myself. I had to pay out of my own pocket for medical treatment. Can you believe that?”

And how did Ireland react at being told by Houllier that he should move to Birmingham to improve his first-team chances? Well, rather badly as it goes:

“Houllier asked me to come and live in Birmingham because it was taking me 75 minutes to come to training, but there were 15 players in the same position as me.

“Some came from London and took more than two hours, but he only asked me to move.

“For a start, Birmingham is a crap city and I wasn’t going to make the effort, especially as I wasn’t playing. Might as well be in Manchester if I had to stay home on match days – though I don’t bear Houllier any grudges; it wasn’t him who chose me after all.”

When asked about his retirement from international football in 2007, Ireland replied:

“I don’t give a damn for Ireland. Live in Cork? I’d rather shoot myself. I prefer Los Angeles.

“Even at youth level, it pissed me off to [play for Ireland]. Everyone came from Dublin. I was the only guy from Cork. I had to take the train on my own, pay for a taxi, there was no hotel, no grub. It was handled so amateurishly.

“National teams don’t interest me. I have more to do than go off for three days to play Andorra. And when you are Irish, you are well aware you’ll never win the World Cup.

“I feel nothing for the team. I absolutely don’t feel guilty when they lose and, when they win, at no time do I think I could have been there.

“Even if Ireland had qualified for the World Cup, I wouldn’t have gone. People call for my return, but I have only played five times for them. The national team and me are ancient history.”

Ireland is hoping to make his debut for Newcastle this weekend after joining the club on loan in January to escape Houllier’s tyranny, though the midfielder admitted in closing that his long-term future is still in the balance:

“I just want to play and have a manager who really wants me for once. I have no idea at the moment who I will be playing for next season. My future is unclear.”

UPDATE: Ireland has claimed that he was misquoted by So Foot, and issued a statement this afternoon to clear up a few things:

“I’m upset with what has been printed this morning because I feel like I’ve been portrayed in the wrong way. I was misquoted and things have been blown way out of proportion. That is the reason why I feel like I needed to say something because the quotes are very unfair.

“What I said during the interview has been twisted to sound particularly blunt and a lot of what was written about my hometown of Cork – which me and my family visit regularly – was just plain ridiculous.

“The comments regarding Birmingham were also taken way out of context as I had only been at Villa a few months and didn’t even live there so I have no idea what Birmingham is like to live in and everyone I have met from Birmingham has been nice, my girlfriend’s father is from Birmingham so why would I say that, it’s just crazy.

“I can only apologise if anyone was offended, but the way the interview was written made me sound very harsh, and I am not that kind of person.”