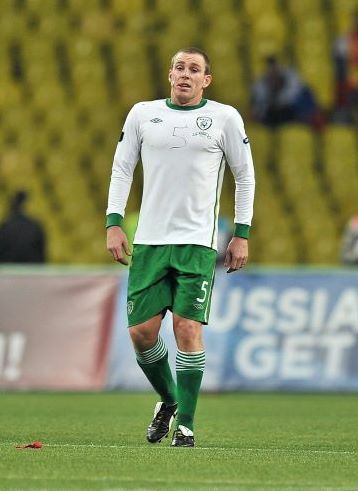 The real, tragic consequences of the collapse of the Celtic Tiger were all too apparent in Moscow on Tuesday night, as Republic of Ireland captain Richard Dunne was forced to wear a number-less replacement shirt after his No. 5 shirt was decimated in a challenge with Yuri Zhirkov.

With no back-up jersey available, Dunne had a number five scrawled on his replacement jersey as the visiting Irish battled for a valuable 0-0 draw against the Russians.

Ireland may be a country decimated by the economic collapse, but Dunne and Co. were heroic in their performance in Russia.