Fleet-footed attacker Gabriel Agbonlahor must surely be in line for a recall to the England squad after another superb and speedy performance on Saturday.

Wigan had no answer to the forward’s pace, with Agbonlahor scoring one and providing the assist for the second (converted by Darren Bent).

While the Villans remain unbeaten in the Premier League, Roberto Martinez’ Latics have now lost five in a row in all competitions. As affable as the Spaniard is, and as admirable his footballing philosophy remains, surely time is running out for the Wigan boss.

The two bosses shoot the breeze 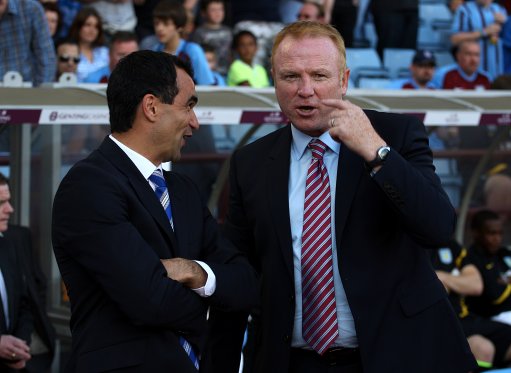 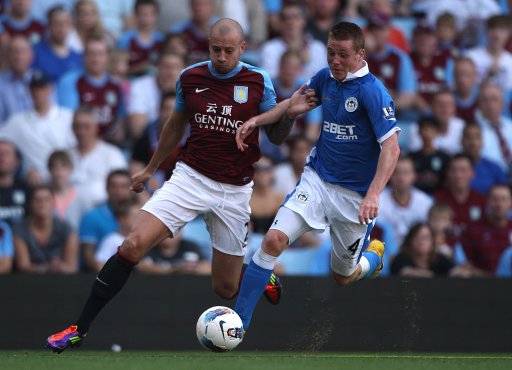 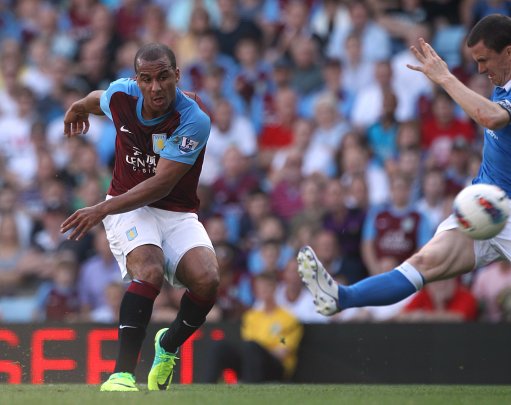 Fabian Delph and Conor Sammon duel in the air 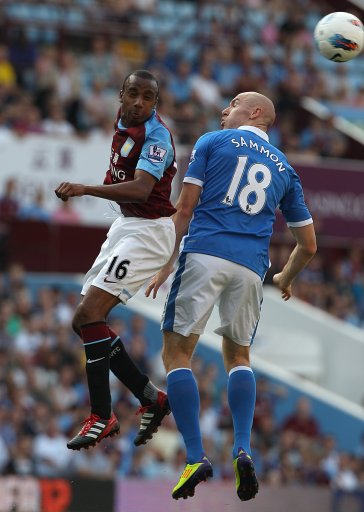 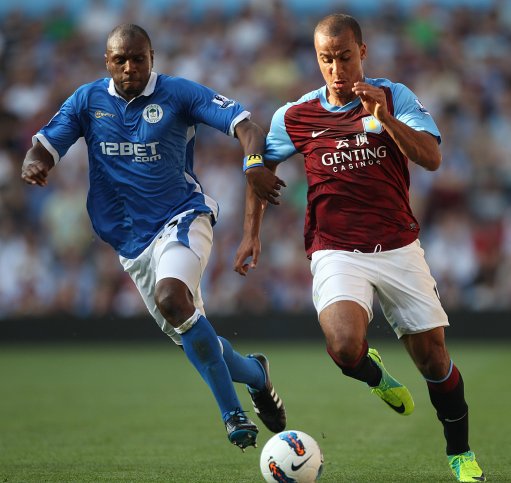 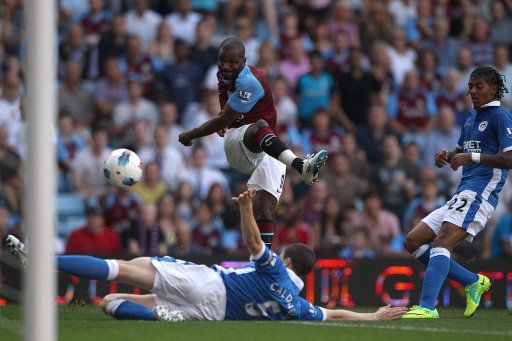 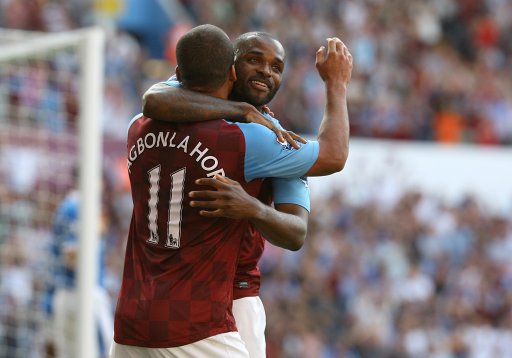