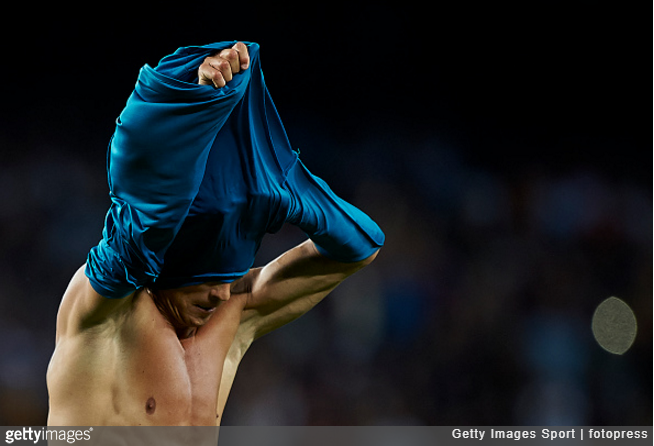 Cristiano Ronaldo’s dumb red card in the Super Cup against Barcelona just got that much dumber with the news that the Real Madrid forward has been slapped with a excessively large ban as a result.

The Portuguese star emerged from the bench during the second half, scored to restore Real’s lead, got booked for removing his shirt, quickly picked up a second yellow for diving and was sent off – all in the space of 25 minutes.

For his crimes, the Spanish Football Federation (RFEF) have seen fit to levy Ronaldo with a five-match ban, chiefly for the minor shove he gave referee Ricardo De Burgos Bengoetxea after the red card was first brandished.

Ordinarily, the two yellows would have carried a one-match suspension, but the RFEF have gone big because referee Bengoetxea included a reference to the “slight push” in his match report.

Regardless of how harsh it might sound, Ronaldo should probably think himself lucky as the RFEF’s ban could have been anything up to a maximum of 12 matches.