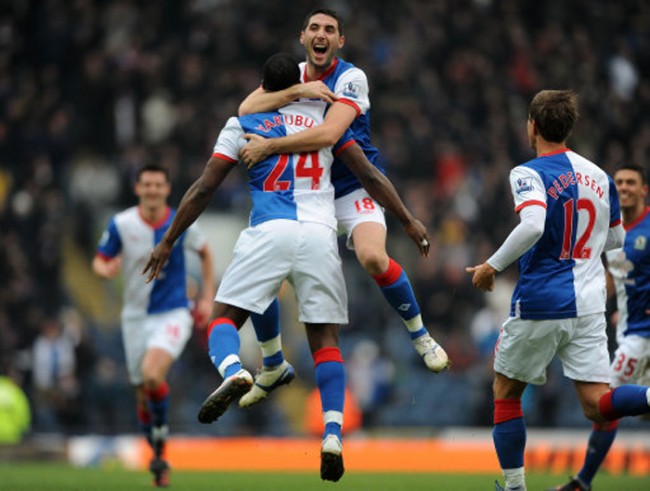 Despite the recent introduction of new boss Mark Hughes, along with the likes of Bobby Zamora, QPR look set for a long relegation dogfight this season after going down 3-2 to one of their rivals, Blakcburn Rovers, at Ewood Park.

Back from suspension, chunky hitman Yakubu was once again in the mood for goals, netting on 15 minutes after turning Anton Ferdinand in the box. French beanpole Steven N’Zonzi doubled the home side’s advantage eight minutes later before the consistently impressive David Hoilett fired home from inside the box, with his shot deflecting off the unfortunate Nedum Onuoha and into the back of the Rangers net.

While the visitors failed to create too much in the first half, after the break they improved greatly, with Scottish sub Jamie Mackie netting twice late one. However, ultimately it was Rovers who would take a vital three points to move level on points with QPR.

Steve Kean’s men now find themselves in 18th place, while Rangers are 16th. However, with just two points separating the bottom five, the fight for survival looks like going all the way to the final day of the season.