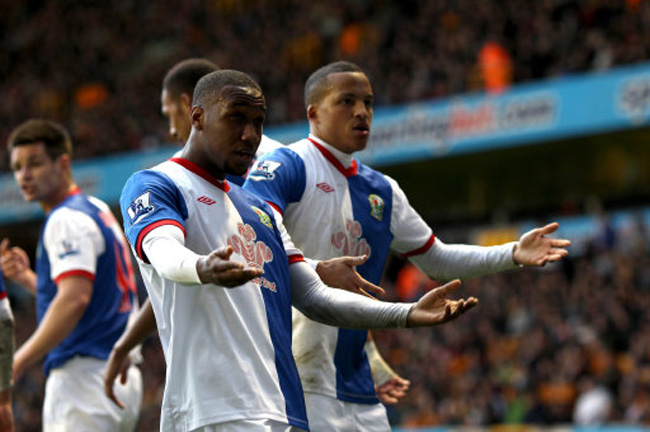 Blackburn moved three points clear of the drop-zone on Saturday after a Junior Hoilett-inspired victory over Wolves at Molineux.

Prior to the game, home fans protested at the decision to give Terry Connor the manager’s job until the end of the season, and Wolves’ performance over the following 90 minutes will only have added fuel to the fire for the protesters.

The home side struggled to trouble Steve Kean’s resurgent Rovers and eventually the first goal came just before half-time, courtesy of a close-range effort after Wolves have failed to deal with a long throw. Canadian Hoilett was in the right place at the right time to fire home.

Wolves were much improved after the break, with Matt Jarvis impressing on the left flank. However, on 70 minutes, Hoilett secured all three points for Rovers with a superb strike. The fleet-footed attacker is reported to be on his way from Ewood in the summer and after this performance, expect a queue of suitors to be knocking on his door.

That result moves Rovers, once firm favourites for the drop, three points away from the bottom three, while for Wolves, the Championship is now looking like their most likely destination come May.