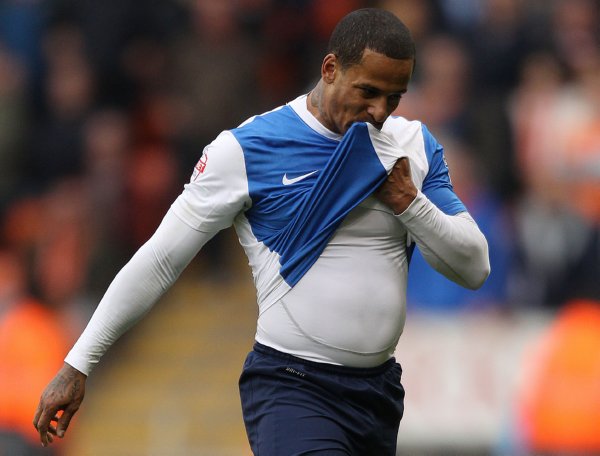 Blackburn striker Dudley Junior Campbell has been arrested as part of the ongoing investigation into alleged spot/match-fixing and corruption in the English Football League, his club have confirmed this morning.

“Following reports in today’s national media, we can confirm that striker DJ Campbell has been arrested,” Blackburn said via a statement on their official site. “The club will be making no further comment on what is now an ongoing legal matter.”

According to The Sun, Campbell’s iffy yellow card against Ipswich in a Championship game on Tuesday 3rd December is at the centre of police enquiries, who are acting on allegations that several players have been deliberately attempting to get themselves booked or sent-off in return for cash rewards from betting syndicates.

Six men have now been arrested in connection with the National Crime Agency’s investigation, with Portsmouth centre-back Sam Sodje being covertly filmed by The Sun of Sunday admitting that he punched an Oldham player back in February to deliberately get a red card in exchange for £70,000…

What a truly glorious time to be alive.