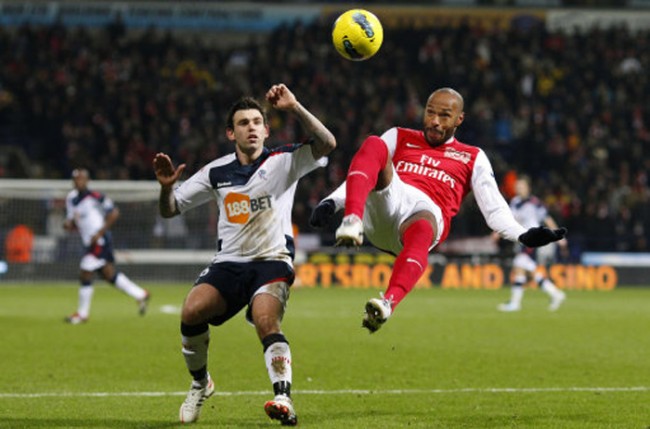 Arsenal match reports are starting to write themselves – loads of possession, nice passing, loads of chances, no goals. More often than not you can even tag “concede late goal from set-piece” onto the end of that, although on this occasion, the Gunners did manage to go off-script and keep their sheet clean for the night.

On a right wintry evening at the Reebok, the visitors started quickly but just couldn’t convert any of the myriad chances they created, with Theo Walcott, Aaron Ramsey and Robin van Persie all spurning great chances. The Trotters could’ve opened the scoring themselves, however, with David Ngog almost scoring a Ngoal.

Dutch striker Van Persie conjured up a superb chip in the second-half, only for the ball to bounce onto the woodwork (he’d hit the post earlier as well), and that moment summed up Arsenal’s frustrating evening, an evening which leaves them in seventh place in the table, a long way from a Champions League spot.

Bolton, on the other hand, move two points clear of the drop-zone, as the early season gloom starts to lift.