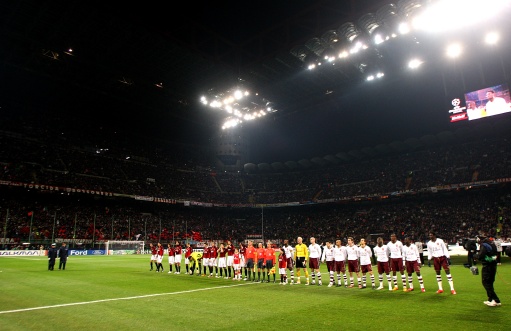 You have to feel somewhat sorry for Arsenal. After doing all the hard work and topping their difficult group with a game to spare, they still manage to draw the Italian champions in the last 16 of the competition. Still, the Gunners have a decent record against Milan, knocking them out of the competition in 2008, courtesy of a 2-0 win at the San Siro.

The Gunners also thrashed Internazionale in Italy 5-1 back in the 2003 in the same competition, so despite the difficult draw, Arsene Wenger & Co. won’t fear the Italians.

AVB’s Chelsea side will face another Serie A side, Napoli, the slayers of the mighty Manchester City. The Italians currently lie fifth in the league, but blessed with the Hamsik-Cavani-Lavezzi attacking triumvirate, they will push the Blues all the way. However, the Chelsea squad is crammed full of Champions League experience, something lacking in the Azzurri’s, which may well give the Londoners the edge.

I predict that Lyon, Chelsea, Arsenal, Bayern, Barcelona, Real, Benfica and Inter will make it through to the last eight. Does that sound about right?