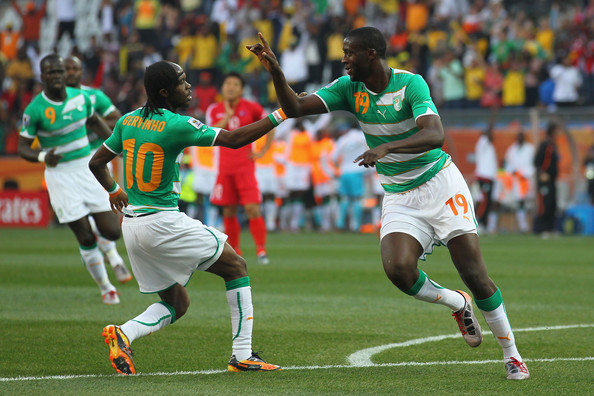 Four  Premier League stars have made the shortlist for the 2011 CAF African Player Of The Year awards, with the Ivorian trio of powerhouse Yaya Touré, fleet-footed wideman Gervinho and veteran hitman Didier Drogba all getting the nod along with QPR’s Moroccan schemer Adel Taarabt

The list will be pared down to just three before the winner is announced in December.

So what do you reckon – will Eto’o make it five in a row or will City’s midfield star Touré cap a rather fine year for the big man?