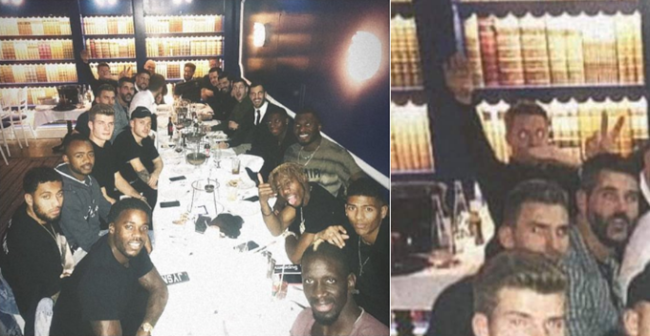 The verdict on Wayne Hennessey’s ‘Nazi salute’ escapade is in and, as per the FA disciplinary panel, the Crystal Palace goalkeeper is not guilty.

Back in early January, Hennessey was photographed making what appeared to be a decidedly iffy gesture during a Crystal Palace team dinner.

Mortified at his signal being taken out of context, the 32-year-old offered the following explanation at the time:

The incident was subject to investigation but the charge was found not proven earlier this month by an independent regulatory commission.

What’s more, the FA also found that the Palace stopper couldn’t have possibly been making a Nazi salute, because he doesn’t know what Hitler, Fascism or the Nazi regime actually are… 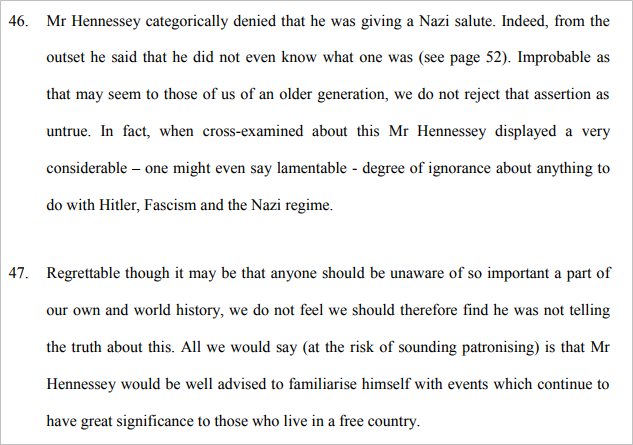 In another little quirk of coincidence, the finding notes also reveal that the waiter who took the photograph was called ‘Mr Bussolini’, of all things.

Ever get the feeling that the whole world is just one big nonsense?