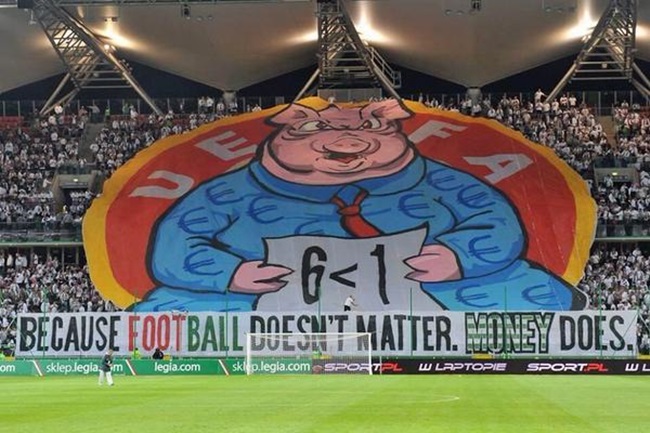 Romanian side FC Botosani came up against Legia Warsaw in the Europa League qualifying rounds last night and, knowing that the odds were stacked against them, attempted a subtle act of trolling in order to put their Polish opponents off their stride.

As you may recall, UEFA ejected Legia from last season’s Champions League despite them pounding Celtic 6-1 on aggregate in the qualifying rounds after the Polish club unintentionally fielded an ineligible player for the last four minutes of the second leg.

This left Legia mighty sore, with their fans producing a gigantic anti-UEFA banner (see above) after being forced to drop down into the Europa League.

Anyway, last night Botosani had all their ballboys wear Celtic shirts for the game against Legia – y’know, just for kicks… 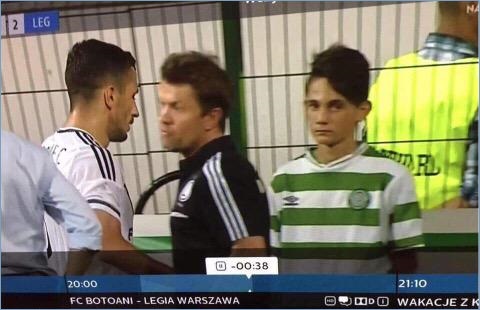 Sadly, the intimidation tactics didn’t work and Legia ran out comfortable 3-0 winners on the night.

This isn’t the first time that opponents have taken the mickey over the Celtic fiasco either, with Polish club Jagiellonia ‘accidentally’ booming the Champions League theme music over their stadium loudspeakers immediately before their league game against Legia just a fortnight removed from the ugly debacle against the Bhoys.