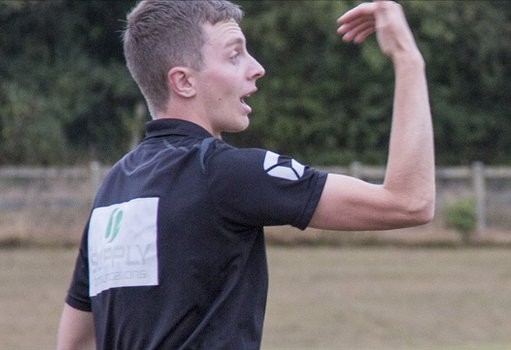 Frankly, Pies can’t really remember an awful lot of what we were getting up to at age 22, but we think it was probably the usual: scrumping for apples, larking around on the railway tracks, doing wheelies on our push bikes, pushing girls we fancied into nettle patches and the like.

The willowy, ruddy-faced young chap above, James Phillips, will be managing a team in the FA Cup.

That’s right. At the tender age of just 22, Phillips is set to become the youngest ever manager in the 143-year history of the FA Cup when his Romsey Town team (of the Wessex League Division One) take on Fareham Town in the Extra Preliminary Round this weekend.

Refreshingly, Phillips is unashamedly a graduate of the ‘Championship Manager’ school of coaching, telling BBC Hampshire:

“I was one of those sad people after school who was sat there for hours playing Championship Manager.

“I always used to try and take a really small club up through the leagues.

“From a really young age that got my interest going. Now I’m doing it in real life. It’s a little bit different with a bit more pressure.”

According to the Beeb, Phillips began coaching at the age of 16, doing his FA badges while in charge at Lyndhurst FC, before being offered the position of assistant reserve-team manager at Romsey Town last season.

So impressive was his knack for management, that Romsey duly named him as the club’s first-team manager at the beginning of this season.

“I’m immensely proud, it’s a massive achievement,” said Phillips, before confirming that he now plans to complete his FA Level Two badge before pursuing a UEFA B Licence on the road to becoming a professional coach at some point in the future.

Good on the little bogger! Best of luck, chuck.