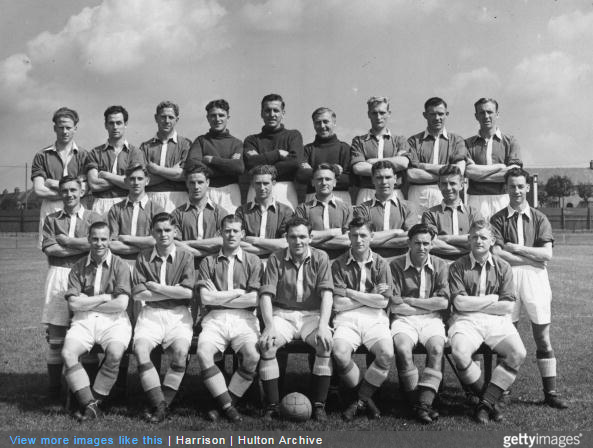 The Southend United team of the early 1950s

Here’s a wee swatch of a delightfully prim and proper television match report from the Pathé archive, which captures a merry old ding-dong between Southend United and Bristol Rovers in the 1952 FA Cup.

The footage serves as a fascinating window into the way the game used to be played – eyes peeled for a few choice ‘keeper charges and some decidedly “sturdy” tackling on an absolute bog of a pitch.

If we’ve got our dates correct then the game was played at the Southend dog racing stadium, during the building and development of Roots Hall.

It’s difficult to tell in the video, but the fans are actually stood on the greyhound track…