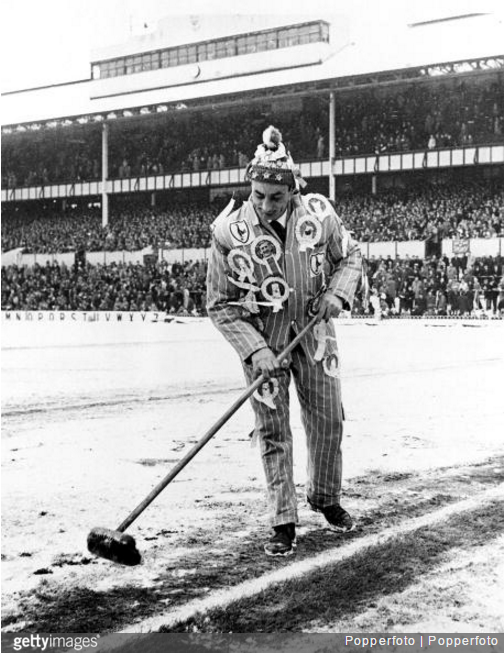 Christmas of 1962 was celebrated in the midst of freezing conditions across Britain. By FA Cup third round weekend in January 1963, the icy conditions were still so bad that only three of the ties scheduled to take place went ahead.

In fact, it took another 13 weeks before the round was completed, which still a record that stands to this day. Lincoln City’s game against Coventry was called off no less than 15 times. Another 14 ties suffered 10 or more postponements due to the big freeze that enveloped the country.

The ties that did go ahead saw Sunderland win 4-1 at Preston, Tranmere draw 2-2 against Chelsea and Plymouth lose 5-1 to West Brom.

The disruption went beyond the FA Cup too. Bolton Wanderers did not play a single competitive game from 8th December to 16th February.

The myriad postponements also played havoc with the football pools – an extremely popular and lucrative betting pursuit at the time. Indeed, things got so messy that the Pools Panel was introduced to keep the competition going. 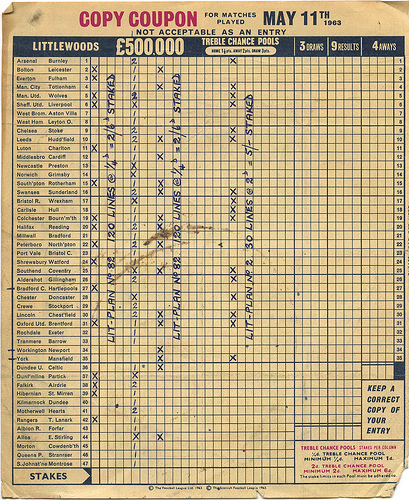 Littlewoods football pools coupon from May, 1963 (Photo via Piet Schreuders/Flickr)

The expert panel was put in place to ordain the predicted outcome of games that had been called off, so as not to disrupt the classified results.

They were forced into action for the first time on 26th January 1963, with former players Ted Drake, Tom Finney, Tommy Lawton and George Young, and former referee Arthur Ellis clubbing together to declare seven draws, 23 home wins and eight away wins.

The picture above shows a dutiful Spurs fan helping to clear the pitch at White Hart Lane to enable his team’s third round tie against Burnley to go ahead on 16 January 1963.