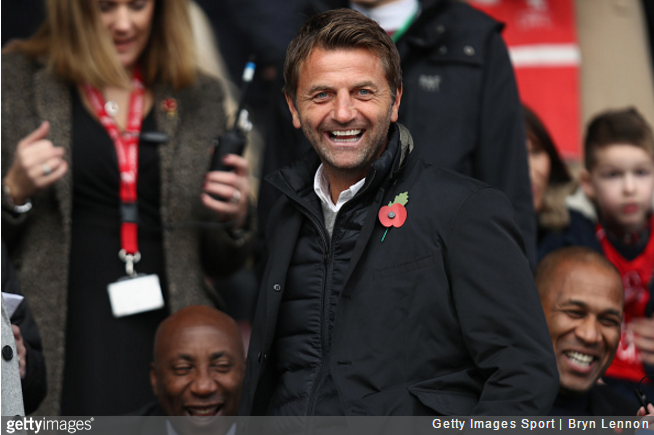 Having been hired as Swindon Town’s new director of football last week, it would appear that nobody is more confused about Tim Sherwood’s new role at Swindon Town than Tim Sherwood himself.

Having ‘masterminded’ a 3-0 league win over Charlton in his first game, Sherwood began last night’s FA Cup first round replay against non-league Eastleigh by watching from the stands at the County Ground.

However, after seeing the Robin’s go 1-0 down to a team some two divisions below them, Sherwood made his way down to the touchline to deliver a timely bout of tactical nous.

Taking up a prominent position in the dugout, Sherwood began pontificating from the dugout while forcing Swindon’s actual head coach, Luke Williams, into the background…

For the record, with Timmy’s guidance, Swindon (of League One) went on to lose 3-1 to Eastleigh (of the Vanarama National League).

And still, we thoroughly expect to see him named as full-blown manager before the end of the year.