Embed from Getty Images
Monday’s Third Round FA Cup draw threw up a number of cracking ties, with one almighty colossus of a clash which sees Liverpool play Everton at Anfield.

Another standout tie sees Crystal Palace and Brighton go head to head at the Amex Stadium, after the two sides played out a goalless draw on the south coast in midweek.

Elsewhere Manchester United host Derby County, Chelsea travel to Norwich and Tottenham play AFC Wimbledon at Wembley (the Dons last appearance there in the FA Cup was a certain game against Liverpool in 1988!).

Some genuinely tasty ties in there, with the games set to take place on the weekend of the 6th and 7th of January. 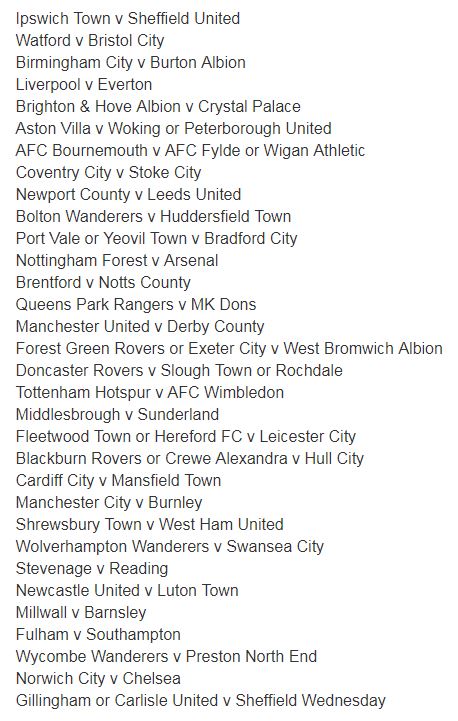 Let’s hope Liverpool and Everton serve up another FA Cup classic like this one….