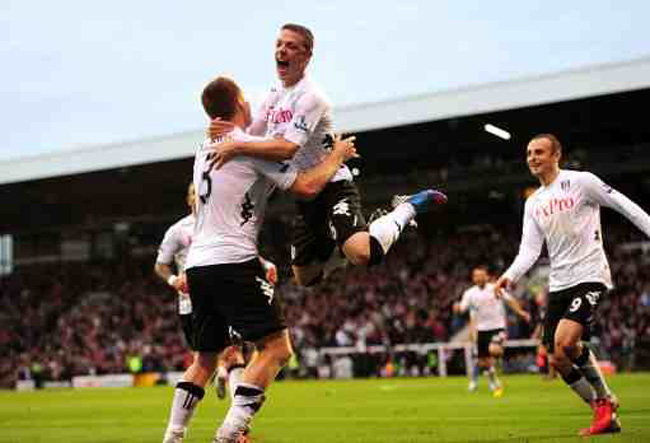 Making his 150th appearance for Fulham, defender Chris Baird capped his milestone appearance with the only goal of the game at Cravan Cottage on Saturday, netting from a corner on 84 minutes. The goal condemned Paul Lambert’s Villans to yet another defeat as they continue to struggle at the wrong end of the table.

While the visitors played some nice football in midfield, they rarely threatened the Fulham goal, with sub Christian Benteke missing arguably his side’s best chance of the game late on. The Cottagers weren’t at their best either, but always looked the more likely to win, with Dimitar Berbatov once again in good form.