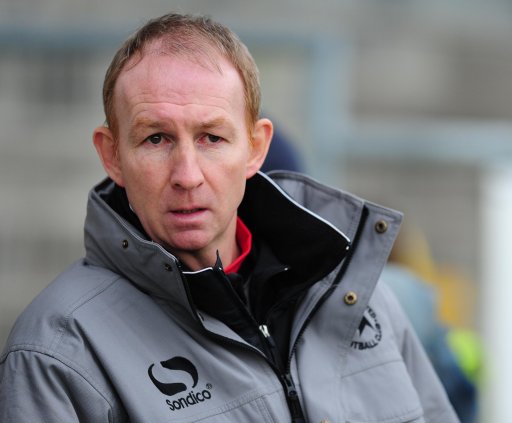 Scunthorpe have issued what might just be the most bizarre request for their fans ahead of their game at the weekend, begging supporters not to dress up as squirrels when ex-Irons boss Alan Knill returns to Glanford Park with Torquay on Saturday.

The reason? Knill was infamously ‘almost killed’ when his bicycle collided with a squirrel last year while he was still in charge at Scunthorpe.

Knill went over the handlebars and landed on his head and neck, later telling BBC Radio Humberside that he “could’ve been dead” after the crash.

“For a minute I thought I might have been in trouble because I landed on my head and then all of a sudden I thought, “I’m not, I’m alive!” Knill recalled at the time.

“Fortunately my collar bone is OK but I am pretty bruised. I could be dead and it’s so stupid. I’m not and you have to put things into perspective.”

We’re sad to remind you that the squirrel wasn’t quite so lucky. “It got wedged in my wheel and hit my brakes,” Knill later told the woodland coroner.

Anyway, ahead of this weekend’s League Two fixture, one Scunny fan Tweeted the club and asked: “Will anyone wearing any ‘squirrel attire’ be banned from entering the ground on Saturday?”

The club’s official twitter account then replied: “No you won’t be banned. However, the club would prefer it if you didn’t dress up in ‘squirrel attire’.”