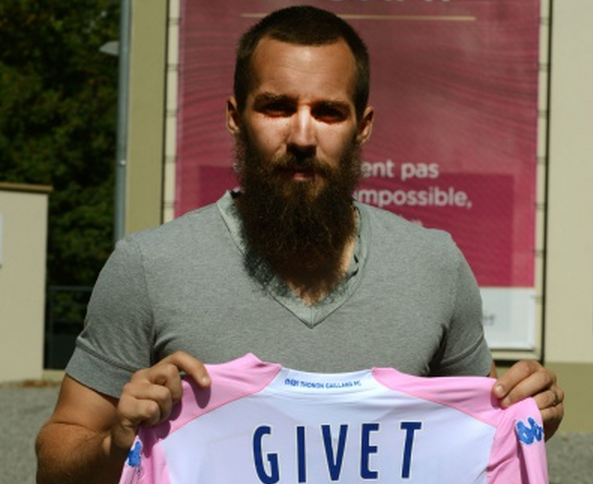 As you may or may not be aware, ex-Blackburn defender Gael Givet is currently plugging away in Ligue 2 with AC Arles-Avignon, having left Ewood Park to sign for his hometown side in the summer of 2013.

After a year with Arles, Givet secured himself a move back to the (relatively) big time in September 2014 when Ligue 1 outfit Evian Thonon Gaillard tied up a deal for the 33-year-old defender.

However, the French centre-half’s stint at Evian lasted for just one game, after which he upped sticks and immediately returned to Arles.

The reason for Givet’s exit has been something of a mystery ever since – until now, that is. Apparently his beard was too long.

Three days before my first game (for Evian), I was called into the president’s office for something that seemed crazy and that had nothing to do with football.

I was completely disgusted. The problem was that I let my beard grow!

At Evian, they wanted to force me to shave because it was too long.

At 33, you cannot treat me this way. They took me for a jihadist, while I haven’t even converted to Islam.

Looking at the state of Givet’s dense facial thicket, we’re guessing it was more a health and safety issue.

Somebody noticed that his arrival coincided with a faint smell of festering Weetabix and rotting vegetation suddenly enveloping the club’s facilities.