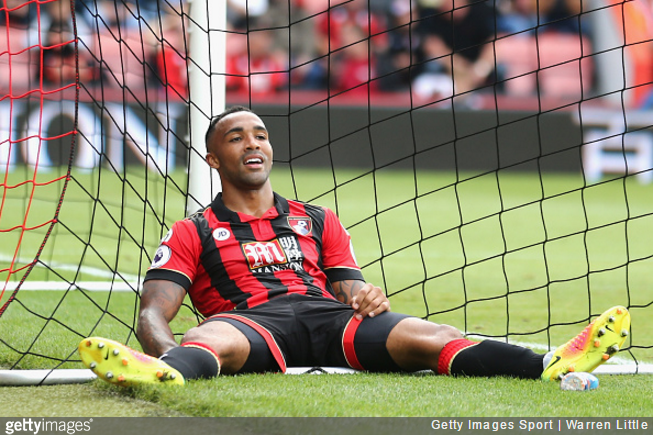 Shite news for Bournemouth and even shiter news for Callum Wilson today after the striker was ruled out for the rest of the season with a “serious knee injury.”

Wilson ruptured his ACL just a few weeks into the 2015/16 season and spent the next eight months recovering before finally making it back out onto the pitch for the last month of the campaign.

Sadly, he’s now succumbed to the same injury again – though, fortunately, it doesn’t appear to be the same knee that went last time…

Callum Wilson has been ruled out for the remainder of 2016/17 after rupturing the ACL in his left knee. NOT the same knee as last time #AFCB

According to the Bournemouth website, Wilson suffered the injury in training and is expected to be out of action for at least six months.

Cherries boss Eddie Howe had this to say:

We know he has the same strength and will to do the same again.

Actually, that was probably a poor choice of wording.