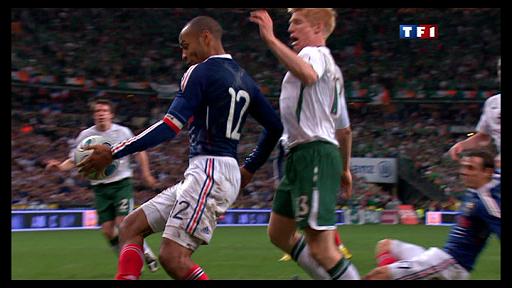 Thierry Henry, of all people, just committed the most blatant act of World Cup-related cheating since Maradona’s Hand of God – Henry used his hand, twice (!) to assist William Gallas’s crucial goal which shattered Ireland’s hopes of qualifying for South Africa.

Judging by the heated reaction on Twitter, it seems Henry should ready himself for a ‘merdestorm’ of quite epic proportions – he won’t hear the end of this for a very, VERY long time. And quite right too – it was a shameful thing to do. 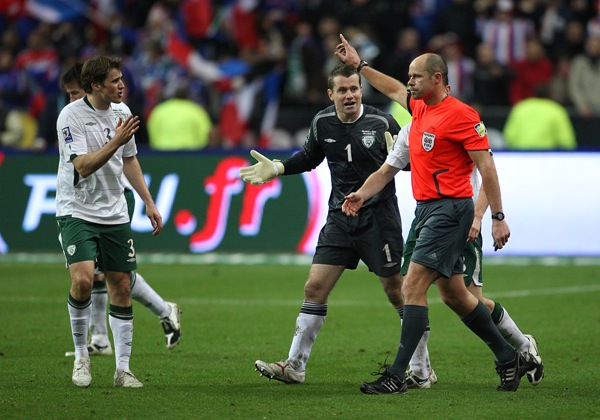 “Oh. My. God. Terry Henry hang your head in shame.”

“Arsenal legend Thierry Henry has gone from sporting hero and football genius to cheat in an instant. He knew what he was doing. So poor”

“One team can walk off the pitch at Stade de France with their heads held high. And it won’t be Les Bleus.”

Can’t believe Henry had the gall to go on a lap of honour – there’s no honour in what he did.