Chris Coleman’s in-form Welsh side have made it into the Top 10 of the FIFa rankings for the first time in the country’s history.

Their current ranking bests their previous high of 22nd while they were outside the top 100 as recently as August 2011. 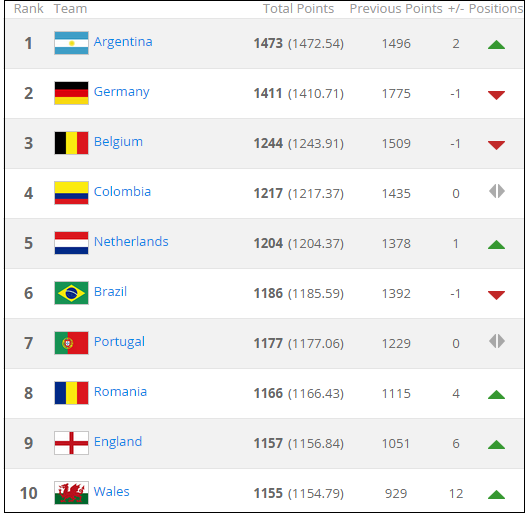 Following their impressive Euro 2016 1-0 win against Belgium, the Welsh have rocketed 12 places up to the rankings to find themselves just one spot behind England.

With Gareth Bale in fine form along with the likes of Aaron Ramsey, the Welsh currently top Group B and find themselves with a great chance of reaching their first major finals tournament since 1958. Not too shabby!

Scotland find themselves 29th, Northern Ireland 37th and the Republic of Ireland are 52nd. While Copa America champs Chile move up to 11th. Check out the full listings here.