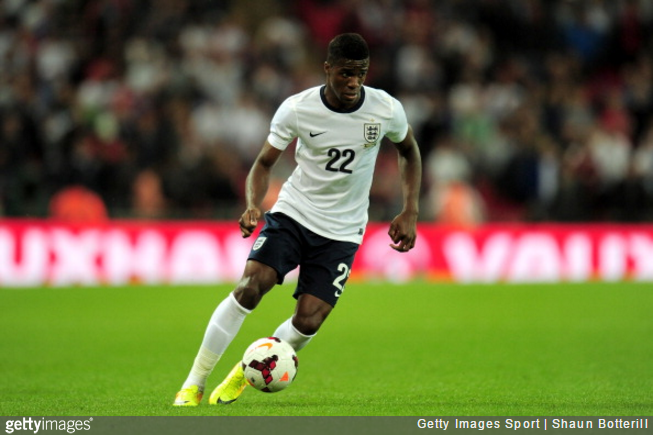 As you may recall, Wilfried Zaha found himself at the centre of a mini-furore yesterday when Danny Mills had the temerity to heckle him for pledging his international allegiance to Ivory Coast rather than England.

Mills accused Zaha of “taking the easy option” after Gareth Southgate revealed he’d attempted to persuade the Crystal Palace winger to opt for England, only to be rebuffed.

Southgate then declared that he was only interested in selecting players with an “inherent desire” to represent the Three Lions.

Well, Zaha has now exercised his right to reply, doing so through his representatives at Unique Sports Management:

In light of recent comments and reports questioning Wilfried’s desire or passion to play for England [we] feel it’s important to set the record straight.

Wilfried did not impose a timescale or set a date by which he had to be selected by England, there was no ‘disappearing egg timer’. The ‘private’ meeting with Mr Southgate was very amicable.

However the fact remains that Wilfried made his decision to play for the Ivory Coast prior to Mr Southgate being appointed interim and subsequently permanent England manager.

It was Wilfried’s personal choice and it was his right as a senior player to accept the opportunity to represent his nation of birth and that of his family heritage.

His ‘desire’ or ‘passion’ should never have been publicly questioned for making that decision.

Wilfried is very proud of his family and very proud to represent the Ivory Coast, most recently demonstrated by his performance against Russia.

Indeed, Zaha scored a rather spectacular goal for The Elephants, wafting through the Russian backline to notch an impressive solo effort in a 2-0 win.

Nothing to see here, just Wilfried Zaha dancing in front of his Ivory Coast teammates! pic.twitter.com/RASDE2zVzj

Is Wilf regretting his decision to snub England? Not one iota.