Would you just hark at this abstract monstrosity? 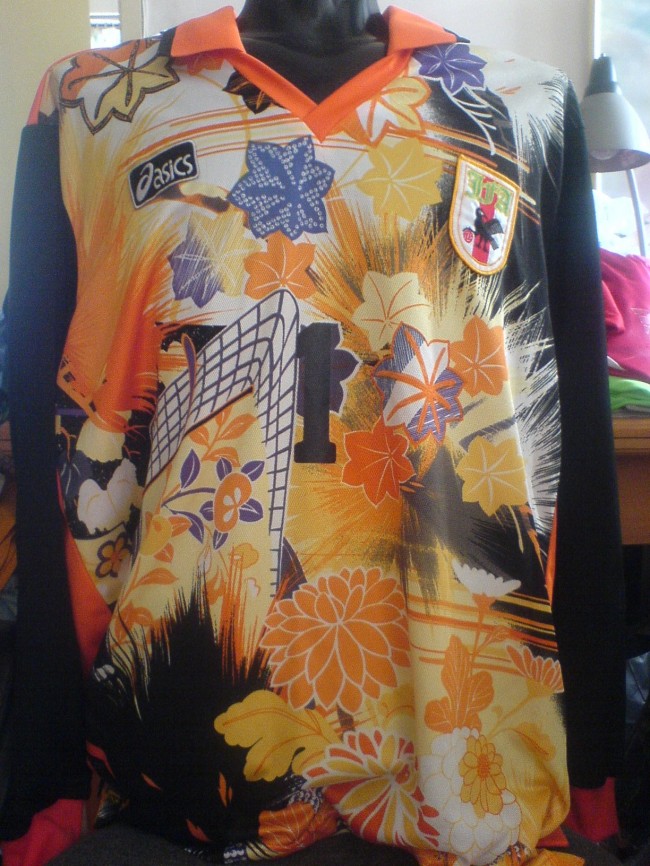 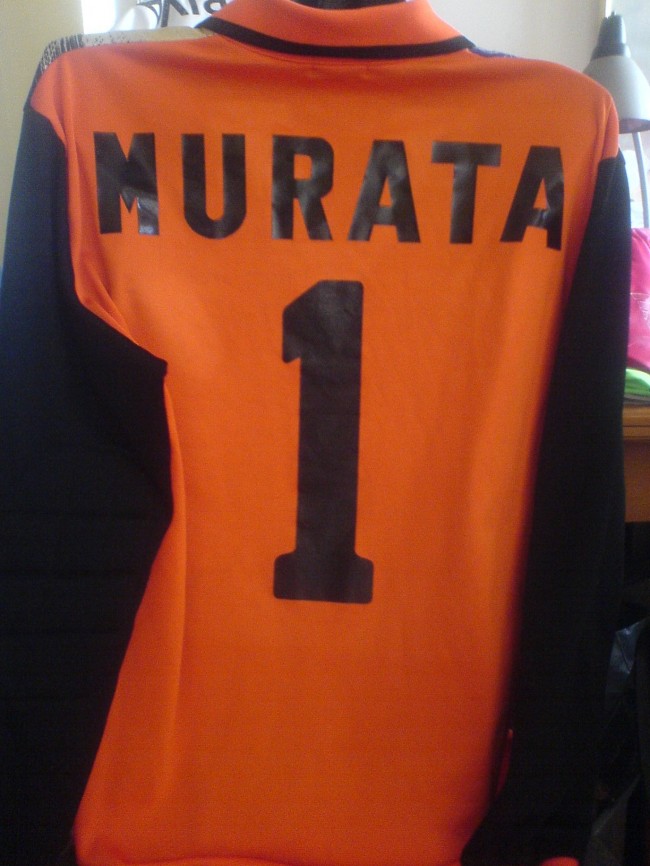 Crivens! It looks like it’s been stitched together from the bedspreads at an old people’s nursing home/abandoned Day Hospital from the late 1980s. Yeesh.

Admittedly, we don’t know an awful lot about this kit, but we will share what we do know. The kit was made by Asics and was drafted in as the goalkeeper’s change strip for the Japanese national team during the 1993/94 season – though, sadly, it was only ever worn on very few occasions.

Presumably, seeing as though it was largely sported while the outfield players were festooned in this particularly handsome away kit, it was only wheeled out sparingly in the interest of national health.

The 1993/94 season was a notable one for the Blue Samurai, as it featured the match now referred to by fans of Japanse football as ‘The Tragedy of Doha‘ where, going into the last game of the Asian qualifiers for the ’94 World Cup needing a win against Iraq to qualify, found themselves 2-1 up only to concede again in the very last minute of the game – thus putting the kibosh on their dreams of competing at their first ever World Cup.

And to think, the Japanese keepers were then lumbered with this just a few years later… 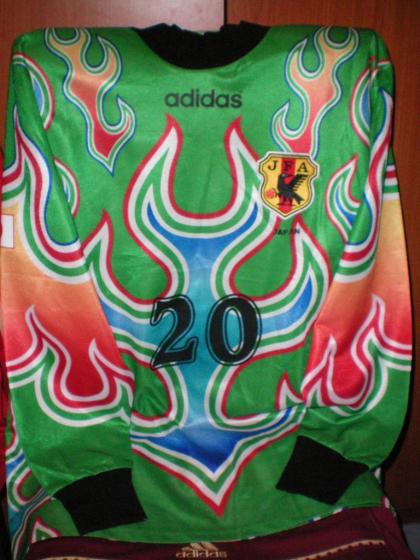 Many thanks to Pies fan Tim, who sent this little ‘beauty’ (along with all the info) in to us about a year ago.