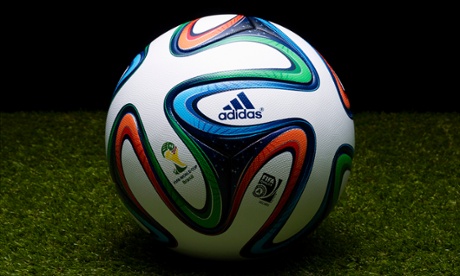 Yesterday Adidas got round to unveiling their official matchball for the 2014 Brazilian World Cup, the ‘Brazuca’, and decided to put on a mammoth country-wide giveaway to coincide with the launch.

Along with the big reveal, Adidas vowed that every baby born in Brazil on launch day, i.e, Tuesday, would be entitled to a free Brazuca as part of a promotion campaign centred around the concept that every Brazilian is born with a ball “by their feet.”

‘Brazuca’ is an informal word used in Brazil to describe a feeling of national pride, and Adidas are hoping to be able to spread a bit of it around by giving every single baby born on December 3rd a free replica of the matchball that will be used at their home World Cup next summer.

Parents are able to redeem their baby’s ball by turning up with their newborn’s birth certificate between 10am and 6pm on December 6th and 7th at one of Adidas’ designated pick-up points, with one situated in each of the 12 World Cup host cities.