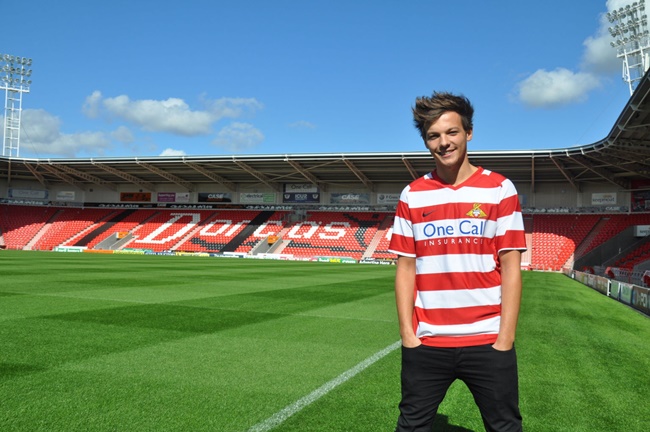 The Doncaster Rovers fandom is up in arms at the moment after the club’s most prominent celebrity supporter, Louis Tomlinson of One Direction fame, just so happened to win Rovers’ competition to design their new away kit for next season.

Tomlinson teamed up with his granddad Len and submitted a mock-up into the competition, with their 2016/17 shirt duly being selected as one of five designs put to the public vote on Rover’s official website. 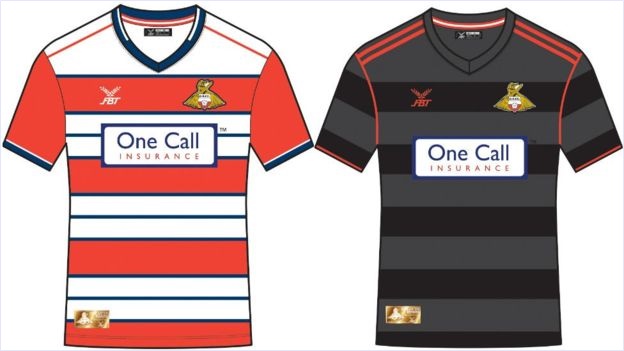 While Donny maintain the fact that a massively popular boyband star won their kit competition is merely a coincidence, many fans have refused to see it as such.

Social media was swiftly inundated with messages from suspicious supporters, who questioned the veracity of the club’s “public” vote.

You get the gist.

For what it’s worth, both Doncaster and Tomlinson himself are adamant that everything about the competition was perfectly kosher, with a spokesman for the club telling BBC Sport:

The process for receiving kit designs, shortlisting and the public voting for our kit design competition followed strict legal guidance to ensure that the club adhered to competition law and that all processes were fair.

We are aware that the result of the competition has attracted some negative feedback, but we can assure our fans that the voting process for the 2016/17 shirt designs was all was fair and above board.

Fans also took issue with the fact that Doncaster have now also decided to give away 20 new shirts hand-signed by Tomlinson to eager supporters who pre-order the jersey – almost as if that was their devious plan all along or something.

Such scandal! Such intrigue! Watch this space…