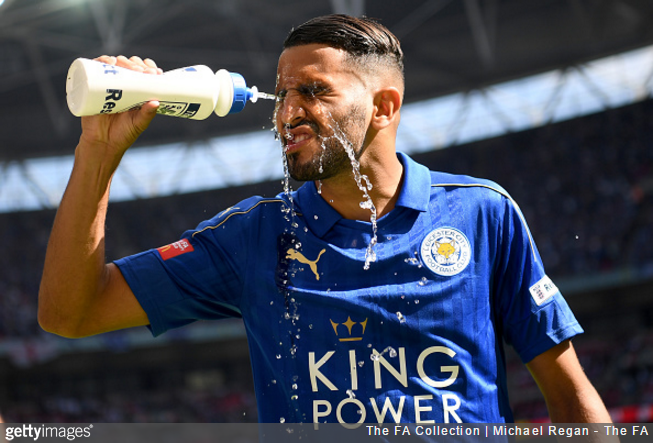 As you’re no doubt aware, Riyad Mahrez defied almost an entire summer’s worth of tabloid rumour-mongering to sign a new, long-term contract with Leicester on Wednesday afternoon.

This came as great news for Foxes fans and as especially bad news for one Arsenal fan in particular, who suddenly found his expensive new replica shirt rendered a pointless, almost worthless exercise in transfer folly.

Back on 23rd July, Asad Balal was so certain in his belief that Mahrez would join the Gunners that he went and proudly showed off his new jersey, printed up with the Algerian’s name and prospective squad number… 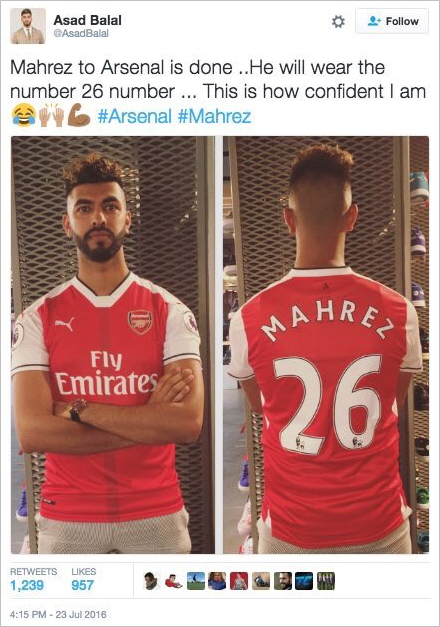 Alas, fate intervened. Mahrez signed up for the long haul at Leicester and Arsenal were left to pursue other options – thus leaving our good friend Asad looking a little bit silly.

Upon hearing that Mahrez has pledged his future to his current employers, our gun-jumping chum was coerced into performing a very public climb-down…

Giving away the Mahrez shirt to the Charity Shop 🔴⚪️ #Arsenal #WasFunWhilstItLasted