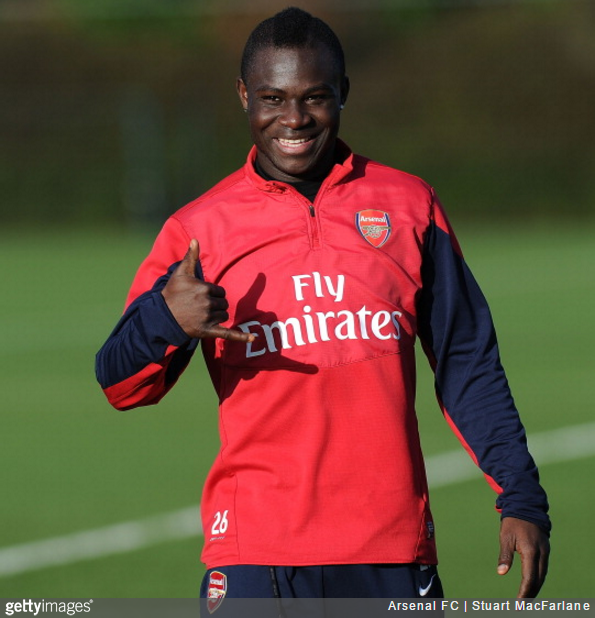 Having made the time-honoured career jaunt from Barnsley to FC Ufa, finally Emmanuel Frimpong is back playing for Arsenal – specifically, FC Arsenal Tula of the Russian Premier League.

The zany Ghanaian midfielder signed for FC Arsenal at the start of August and has already wasted little time making his mark at the club.

Indeed, Frimpong is already playing with ‘Dench’ – his catchphrase/clothing line – on the back of his shirt…

We’re only amazed there isn’t a hashtag involved.

Anyway, Frimpong wore the shirt to make his debut at the weekend, coming on as a 69th-minute sub against FC Ural – though his attempt at free advertising didn’t quite go to plan as he was quickly hauled back off the pitch again shortly before the final whistle.

Doesn’t get much more dench than that.